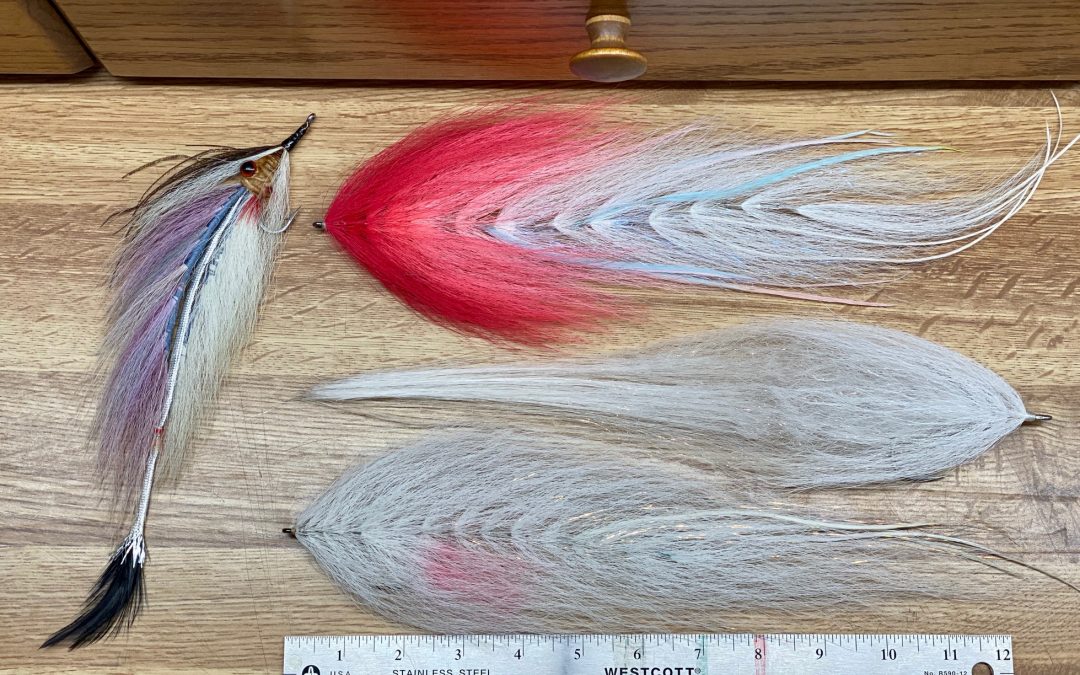 Back in 1970 when I began fly fishing in saltwater, the sport was in its beginning stages. Bamboo rods were giving way to fiberglass. Fly lines evolved to meet new casting demands. Reels were becoming corrosion resistance with stronger, smoother drags. Flies, however, were slower to accommodate the new challenges of the saltwater enthusiast. Pattern choices were limited to old freshwater crossovers, or stealing from the tarpon fly box. Eventually the flies would begin to follow suit. Considered small by today’s standards, a 4″ streamer in those days was on the larger side. But, they would get bigger…much bigger, and more durable.

My fishing in the Northeast shorelines was pretty good in the 70s, but the fish were small. Not many big stripers were caught back then and the fly fisherman’s big fish totals were very few. Good numbers of larger bass were caught by conventional methods. Live bait and large wooden plugs were most effective at enticing the more robust fish, while fly fishing gear was still lacking. Rods, reels, lines, and flies hadn’t caught up to the game of catching big stripers on a fly. Eventually it would, but once again, it was the fly that was last to arrive on the scene.

In 1971, I attempted to create a larger sized bunker fly. Using mono to elongate the tying platform, I could make a fly as large as I needed. I was no longer restricted to the length of the hook shank. Construction of the “Big Bunker Fly” was achieved using 30lb test mono, strung tightly between two vises. I tied a series of bucktail along the mono. Blue and gray on the top, white on the bottom. The tail consisted of bucktail and black saddles to represent the forked tail. Once the mono section was complete, I then tied it onto a large hook. The head was made up of more bucktail, and chenille. It took all night to tie!

At the time, that fly was considered HUGE! It casted ok and looked good in the water, although I never caught a fish on it. The striped bass numbers had really tanked for a number of years, but the Big Fleye seed had been planted in my mind. It would resurface a few years later in many mono extended patterns, using large synthetics materials to create over-sized flies.

Fast forward to present day, that same fascination with creating big fleyes for big fish is alive and well. The word is definitely out! Big flies are everywhere you look. Not just in saltwater, but all across freshwater. Northern pike, muskie, taimen, and trout are all devouring large flies. Many tiers and fishers are taking advantage of what large, castable flies can produce. Tons of patterns to imitate big baits, with rods and lines to match, cater to catching big fish on big flies. So fly guys and gals, choose your weapons! Or tie your own, and ENJOY THE CHALLENGE!